Born in 1934, Myers came to glass in roundabout way. Trained in advertising design, he began to work with ceramics in his mid-twenties. Studying first in Copenhagen, he completed his B.F.A. and M.F.A. degrees at Alfred University, about 50 miles west of Corning, New York.

Like many artists of his generation, Myers came into glass from ceramics, and he pretty much came into it by accident. While at Alfred, he was offered the job of director of design at Blenko Glass, a manufacturer of colorful tableware headquartered in Milton, West Virginia. This was his introduction to glass, and in his seven years there, he designed over 400 products, all blown in Blenko’s bright palette.

Aware of the Toledo glass seminars conducted by Littleton and Labino, Myers became interested in blowing glass himself. He developed his techniques—teaching himself at Blenko—in relative isolation.

In 1970, Myers left Blenko to set up a glassblowing program at Illinois State University at Normal, where he taught for nearly 30 years. The program at Illinois became one of the best-known in the country, and Myers, one of the most respected teachers in the field. In addition to his teaching, Myers built a successful studio practice, participating in solo and group exhibitions until 1991.

Then, for four years, Myers did not exhibit or make saleable work so that he could take the time to experiment with new ideas. In 1995, he introduced new work and in 1997, he retired from teaching.

Over the past 10 years, Myers, who lives in Marietta, Pennsylvania and Copenhagen, Denmark, has focused on making and exhibiting new series of vessels that are as radically different from his earlier work as they are from each other. 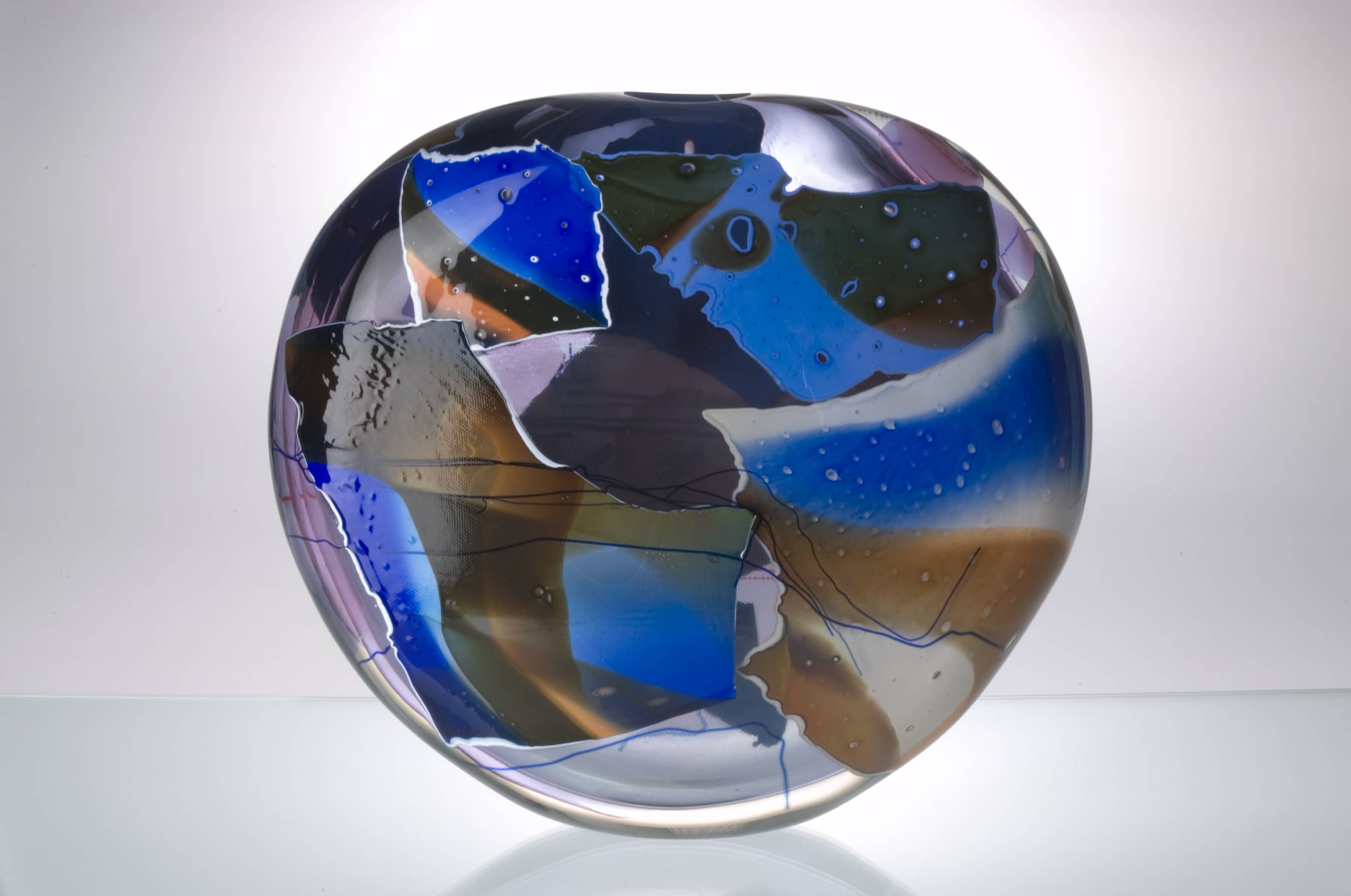