Born in Illinois in 1977 Jeff was convinced early on that he would eventually work in the field of two dimensional art.  It wasn’t until his second year at the University of Illinois that his curiosity lead him to earning a BFA in Glass in 2000.  Upon graduation Jeff chose to nurture the technical aspects of the medium as Production Manager and Head Designer at various studios across the Southwest United States.  On the job training was supplemented heavily with master classes at venues such as Haystack Mountain School of Crafts, Pittsburgh Glass Center, Eugene Glass School, and as a scholarship student at Pilchuck Glass School.  Jeff has also attended Pilchuck as a Teaching Assistant and has been invited back each summer as Craftsperson in Residence for the last eight years.  Jeff’s international career began in 2010 with a Teaching Assistant position at the Glass Furnace in Istanbul and a residency at the Laskomppania in Nuutajarvi, Finland.  Since then Jeff has maintained  an international presence by teaching, lecturing and exhibiting across the globe in places such as South Korea, Turkey, Finland, Germany, and Denmark.

In 2012 Jeff received a prestigious US Arts Envoy grant to help introduce a glass blowing program for underprivileged youth at Berlin Glas e.V. in Berlin, Germany.  In 2013 Jeff spent six weeks on residency at North Lands Creative glass in Lybster, Scotland and was a featured artist at the Museum of Glass in Tacoma.  Travel has become an integral part of Jeff’s work.  Finding inspiration from his immediate surroundings, each new location provides Jeff with the found objects that are the catalyst for new ideas.

Early in his childhood Jeff discovered his propensity for lucid dreaming.  His fascination with the unconscious realm of sleep has become the focus of his most recent series of work.  In his sculpture Jeff merges the the disparate worlds of waking and dreaming into works that are often assemblages of outmoded found objects and meticulously crafted glass pillows.  The juxtaposition of seemingly incongruous objects and materials creates a surreal space rife with the idiosyncrasies of dreaming.  The work captures a feeling of nostalgia, a fragmented or faded memory, the idea of a dream. 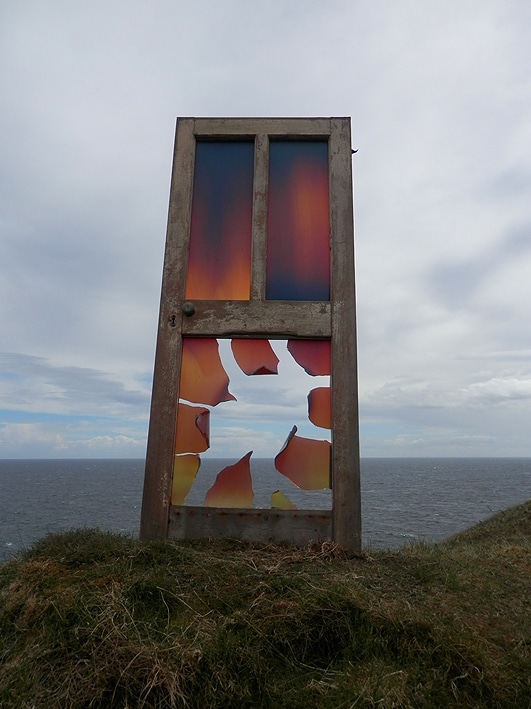