I’m a stained glass artist making both light boxes and architectural pieces. My goal is not only to seduce the eye, but to deal with controversial subject matter, telling stories from contemporary life. Methods I use include painting, firing, sandblasting, layering, engraving, glass beads and diamond filing. I want to elevate stained glass to be a contemporary art form in its own right, rather than it  always being subservient to religion or interior design. I believe the storytelling power of stained glass has been forgotten, while the common assumption that it’s a conservative art form clings on – this is what I want to challenge through my work. 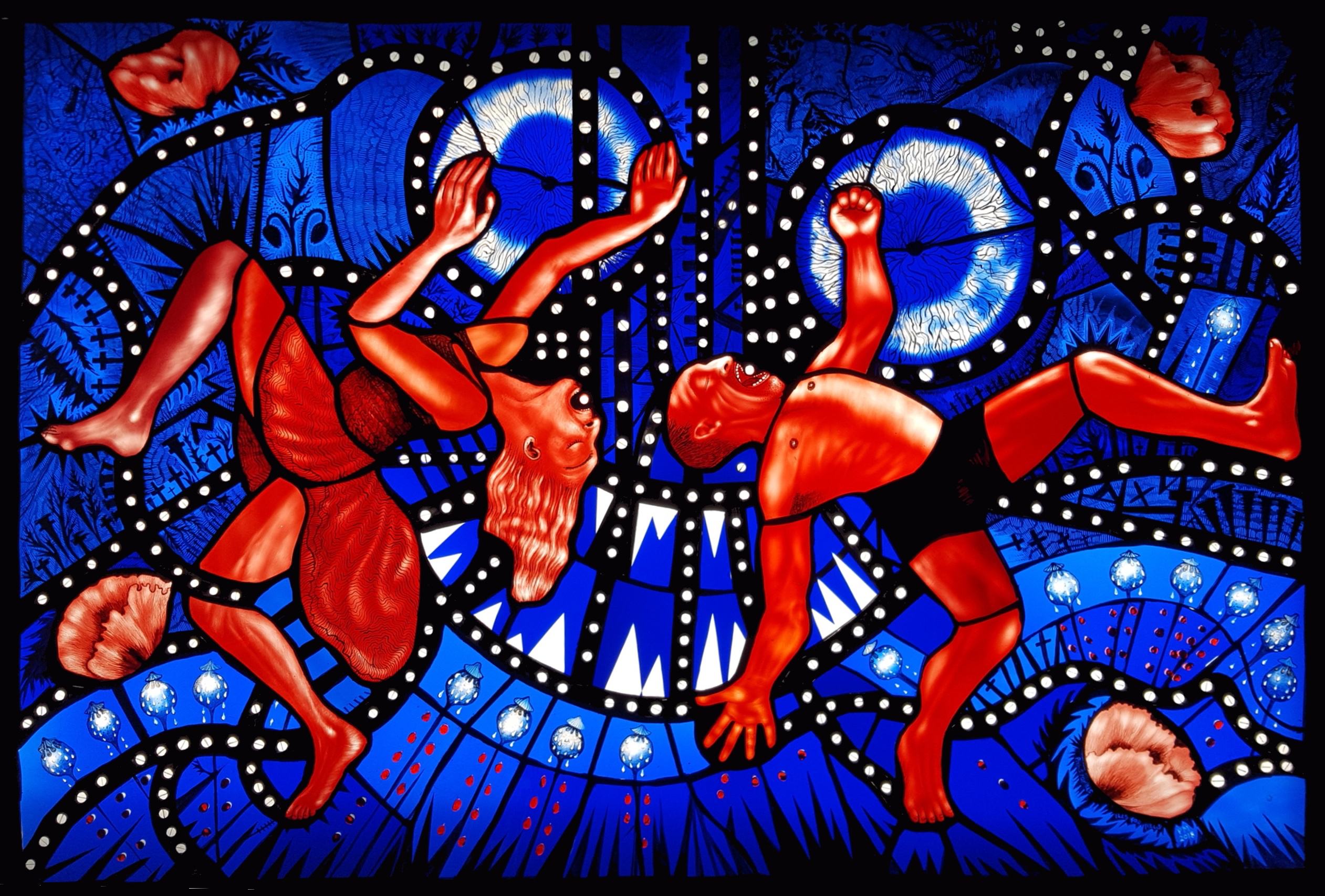 pills for ills
ills for pills

In my youth in the 80s and 90s, I witnessed the tragic loss of many friends to addictive drugs, especially heroin. I saw lively, creative young people become cynical and apathetic, haunted by the spectre of addiction. Many ended up on the streets or in jail. I never expected opioids to become a state-run business.

In the US, people become addicted to drugs prescribed to them, but when they can no longer afford them, they buy street heroin instead. I fear the UK could be heading the same way, if our NHS enters into a trade deal with the US.

According to the Sunday Telegraph on 7 Sept, 2019, “Britain is now in the grip of a growing opioid crisis, with middle-aged women fuelling a 60 per cent rise in the numbers of heavy painkillers, anxiety medications and antidepressants prescribed in the last decade. Medics warned that the trends show the situation in the UK could become “devastating” – aping an epidemic seen in the US. 141 million prescriptions were issued for such drugs last year – a rise from 89 million in 2008.” 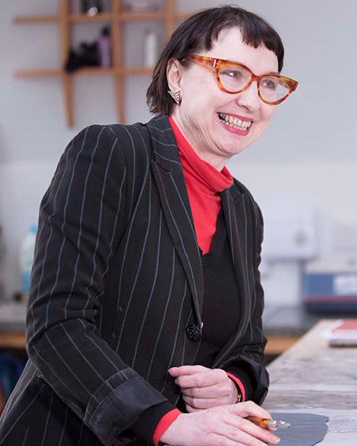 Scottish Artist Pinkie Maclure marries traditional craft techniques with a radically different aesthetic approach to stained glass. Often darkly humorous, she creates pieces that are a social commentary on today’s society and our impact on the environment.