Art of Glass: In the studio with Scottish based artist Karlyn Sutherland (National Museum of Scotland)

Karlyn Sutherland is known for her evocative sculptures, fused wall pieces and site-specific installations that explore light and shadow.

Whilst undertaking a PhD in Architecture, her research into the emotional power of place led her home to Caithness. Here, she was drawn to the idea of working in glass after enrolling on a master class at North Lands Creative in Lybster.

Harbour Road, Lybster (4) is from a new and experimental body of work exploring ethereal shades of light captured within abstract perspective forms that explore a physically unattainable viewpoint and a sense of disconnection from place.

This film is a production by the National Museum of Scotland in partnership with The National Centre for Craft & Design. It was made as part of the Art of Glass Exhibition in 2018 which examined the diverse work of 15 established and emerging glass artists in Britain today. 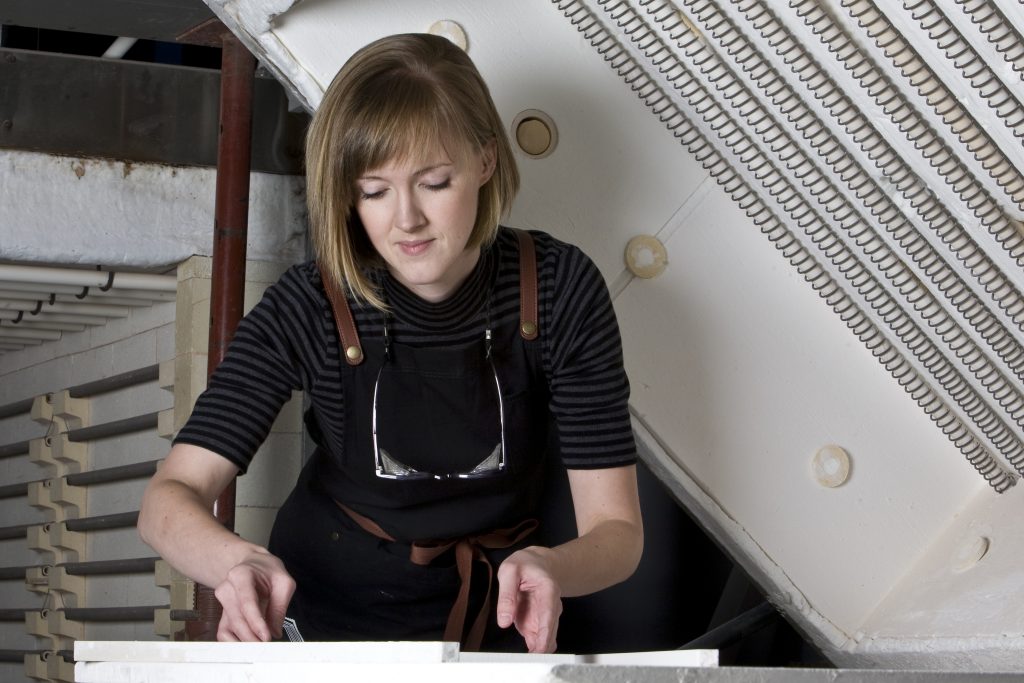 Karlyn Sutherland studied architecture at Edinburgh College of Art (B.Arch. (Hons), 2007; Dip.Arch., 2008; M.Arch., 2008) and the University of Edinburgh (Ph.D., 2014), where she received multiple awards and was also employed as a design tutor and research assistant. She began working in glass in 2009 when her research into the topics of place and attachment led her home to Lybster, Caithness, and to her enrolment on a master class at North Lands Creative Glass; she has since gone on to exhibit nationally and internationally, with her work – explorations of light and shadow influenced by her experience of the derelict buildings found along the coast near her home – playing a critical role in the development of her academic research, and vice-versa. In 2016 she was an Endeavour Research Fellow in the Glass Workshop of the Australian National University, Canberra, and has recently been an artist in residence both at the University of Sunderland and at the Corning Museum of Glass. In addition to maintaining her creative practice as an artist, architectural designer and writer, Sutherland is a member both of the Craft Scotland Advisory Group and of the Board of Directors of Timespan, a museum and art gallery in Helmsdale, Sutherland. She is represented by Bullseye Projects, Portland, Oregon.