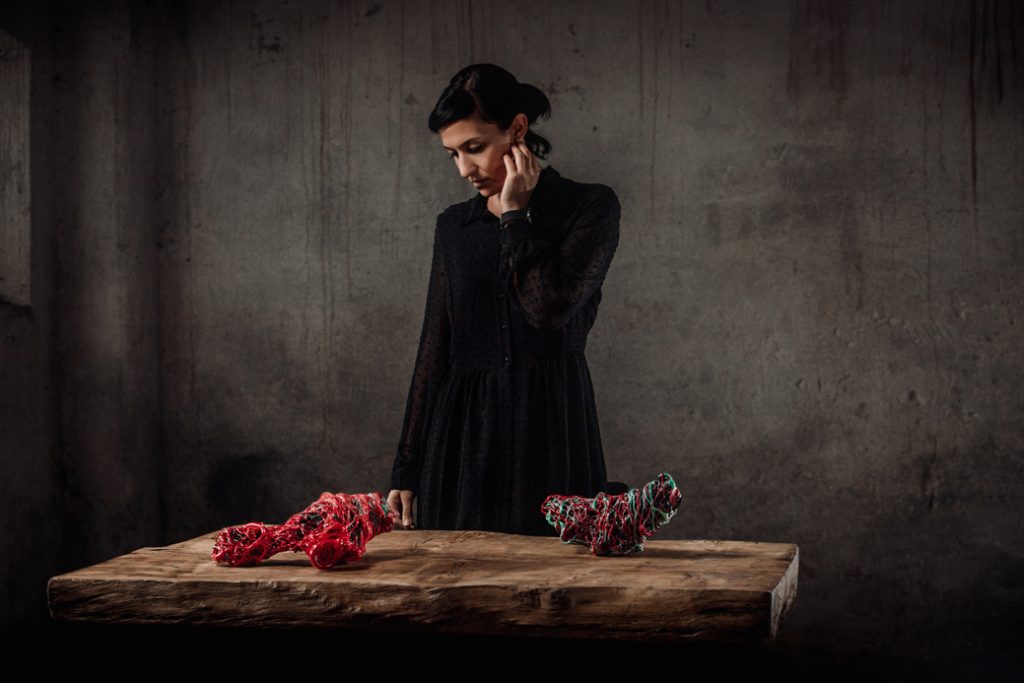 Education: Graduated Faculty of Glass and Ceramics, Glass Department at The Eugeniusz Geppert Academy of Art and Design in Wroclaw, Poland

2011 “Made in Wroclaw”- Jablonec Near Nisou (Czech Republic)

The work “Materializatio” takes up the problem of woman crammed into a culture of sin and guilt. Our Christian culture and religion, customs and educational system are saturated with stereotypes, and myths about woman. Successive generations are fed, and manipulated by it. It brings a sens of shame, humiliation and suffering to woman. From the 15th to the 18th century, there was a witch hunt in the Catholic part of Europe, during which, over 20 milion people were murdered. In the 21st century in Europe, the situation is less glaring, more subtle forms of violence and humiliation are used. Regardless of their status or education, women still have to fight for equal treatment every day.

“Materializatio” is an attempt to materialize what has been accumulating in me over the years, and that I was not able to verbalize.