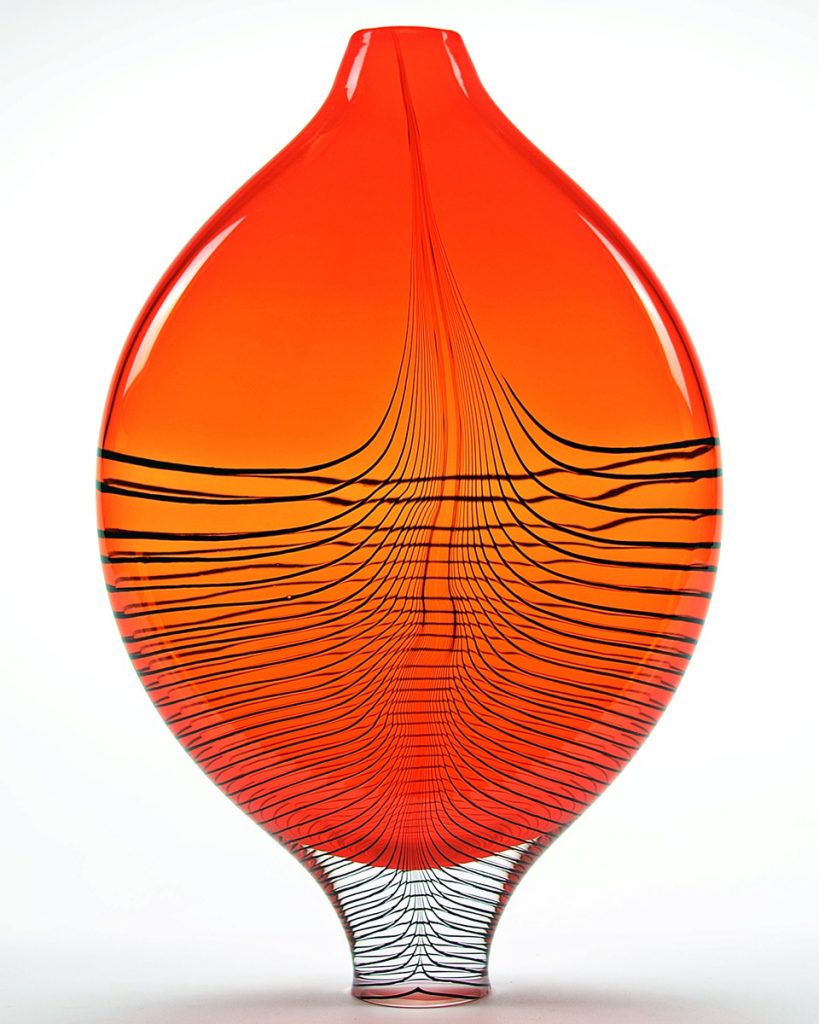 Jean Thebault, is a french glass artist, born in 1985 in Lorraine. Influenced by the local history of glass, he started to learn how to blow and form glass in 2007. Fascinated by the material, he worked as an apprentice both at “Cristalleries BACCARAT” and CERFAV glass school. After two degrees and a solid industrial experience, he decided to explore what glass could be ; more than just a simple material, he sees it as a culmination of billions years old geological processes, shapeable by hand.

When he moved to Denmark in 2012, his biggest interest was to enhance both skills, creativity and understanding of the material. He passed a Bachelor at Danish Design School on Bornholm, which was a perfect place to investigate the essence and the spirit of glass. His body of work “Sedimentary cycle” has been shown in Prague for the Stanislav Libensky Award, and is currently featured in the “once in a decade” Young Glass 2017 which can be seen in Danmark, Sweden and UK until 2018. He is currently managing the studio of the Glasmuseet-Ebeltoft where he worked with international glass artists such as Tobias Mohl, Clare Belfrage, or De la Torre brothers.