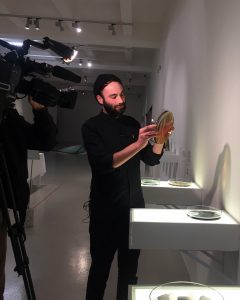 William Bell’s work stands on the fine line between fine art, craft and design with material investigation and innovation at its core. His personal artistic exploration has entered a paradoxical paradigm in which craftsmanship and artistic intent work in collaboration with the possibilities inherent in self governing form. Exploring autonomous, self generative aesthetics, possibilities come into being which hold the power of tactical form and material expression. G. William Bells work looks to the future of the handmade object, a future in which boundaries are blurred, and ingrained belief systems are challenged.