I arrived at North Lands Creative at the end of November, armed with as much fleece as I could fit in my suitcase and a lot of excitement. My first happy surprise was finding fellow glassy Natsumi Jones at the bus-stop – we had been on a workshop at Northlands together the year before learning frit de verre with Anne Petters. I was also met by the lovely Flora de Bechi and not long after me arrived Elizar Milev too. I was delighted to meet such a lovely bunch and excited to learn from these other resident artists. The next day there happened to be a lampworking workshop running in the studio taught by Sally Sutherland who was kind enough to let me hop on a torch where I immediately formed an obsession making increasingly voluptuous nudey lady beads.

My proposal for the residency in Berlin Glas E.V. and North Lands Creative was to continue to research and develop new work for my ongoing series ‘Let’s Hook Up’. I began this series in 2016 in response to the Repeal movement in the Republic of Ireland which fought (successfully yay!) to decriminalise abortion. The works I have been creating are delicate illustrations of lingerie in paper-thin glass capturing the fragility of female bodily autonomy. One of the most recent pieces I had made before the residency related to a rape case where I was living in Cork, Ireland that had happened the year before. I realised while having the time on residency to really think about the project that it had been a cathartic way to work through my own traumatic experience of rape and that I could use these works as a platform to open conversations about this issue and others affecting women today.

I had begun in Berlin to try and make a fully 3D drawing of a pair of knickers, fusing layers of glass illustrations together. I really want to bring my drawings completely to life, that they are off the page and in your hands so you can interact with them. I continued this process in North Lands with some development towards success but it is still a work in progress to continue in the future.

Following the idea of a more interactive piece of glass I worked on making a glass bra that would drape off the back of a chair as if it’s just been flung off at the end of a long day. I used the process I learned from Anne Petters of shaping the glass while it’s hot in the kiln, this gives a beautiful sense of movement to the form and I eventually got a piece I am really happy with.

As well as working on this series I couldn’t help but be inspired by the beautiful landscape around Northlands Creative, particularly the dramatic winter skies which had me running out every sunrise and sunset to take photographs.

I had been wanting to explore more painterly style with my process and to attempt some vessels and so the Nubivagant (cloud wanderer) series developed. I experimented with combining pieces of lampworked stringers into the pâte-de-verre and enjoyed the contrast of texture. Slumping these pieces in the kiln was so exciting as I never knew what way the glass would drape. I love the soft folds and outer texture with the sparkling crystalline inside.

One of the great things about this residency was the freedom to explore ideas, with access to so many colours to play with and the ability to work on a larger scale. I also learned new techniques – as well as lampworking, I took the opportunity to learn glass painting from the technician at North Lands Michael Bullen. He is so skilled he made it look very easy. It is not. I loved trying it though and it gave me a lot of ideas for future projects. The hardest part about being at North Lands was wanting to try every single possible thing and never leave. It was an invaluable experience to connect and learn from other artists, to have the time and facilities to explore my ideas and it gave me a new found confidence in my work and abilities which has opened my mind to a whole new world of possibilites for the future.

Thank you with all my heart to North Lands Creative, Berlin Glas E.V, Creative Europe and ISGNE for this incredible opportunity. Can I come back again please? 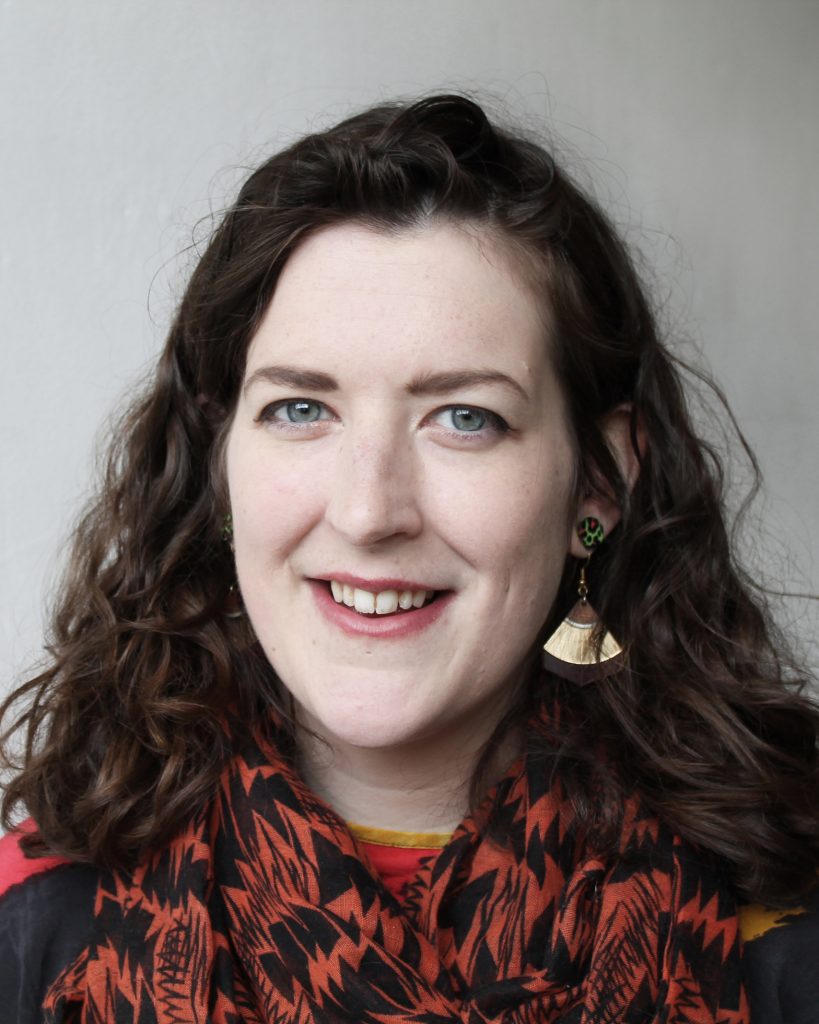 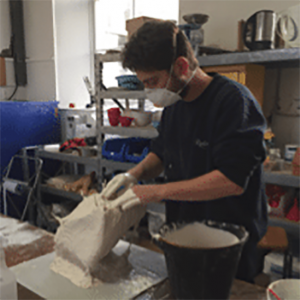 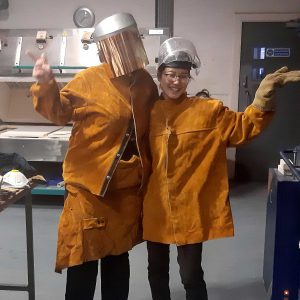 I arrived at North Lands Creative at the end of November, armed with as much fleece as I could fit…
Read More 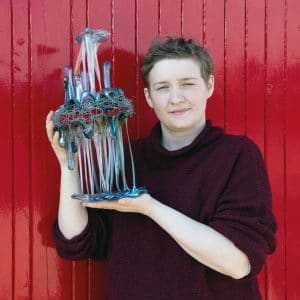 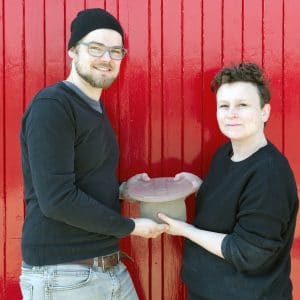 We are Hanna Litwin and Romin Heide, together we form the Berlin-based design studio BÜRO FAMOS. We have been at…
Read More 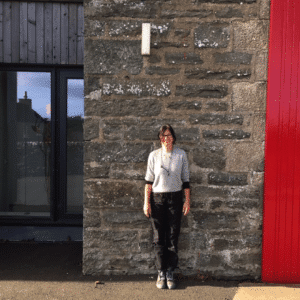 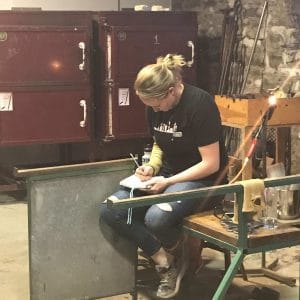 Emma Baker was on residency at North Lands Creative for two weeks during November 2018, during this time some amazing…
Read More 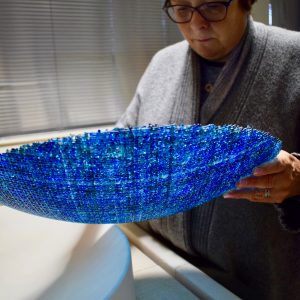 Why are you interested in visiting North Lands Creative and Caithness? I was invited to participate in an international symposium…
Read More 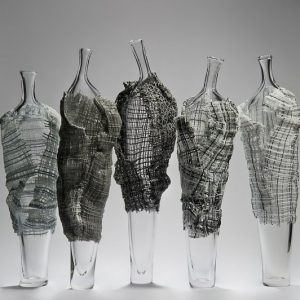 We are delighted to announce our first Artist in Residence in our 2018/19 programme as internationally renowned glass artist, Cathryn…
Read More