The journey of the Origin project started with a travel from Murano to Lybster. Leaving the calm lagoon with green/blue colors and sunny skies, to the more dramatic landscapes of Scotland Highlands.

Emma Baker and Alberto Lago, the two project associate artists, took the two-hour bus ride from Inverness to Lybster, as the first step to exploring the possibilities of this new cooperation. This time was striking, as from the front seat of the bus the landscape views were so dramatic. We passed from sunny to foggy skies, from vegetation covered in yellow flowers to big white spots of sheep. 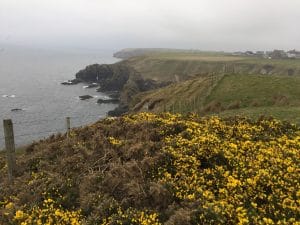 After this journey, we both agreed that one of the major aspects of the Origin Project would be the colours, where Murano and Caithness glass traditions come together: Green/Blue (from vegetation and the lagoon), white (from the sheep and the fog) and yellow (from the flowers). A melting pot of glass traditions from both Murano and Caithness coming almost from Europe’s glass South and North pole to create a map of ideas.

The first exploration of the project started from a geometrical element, a clear glass cylinder, which represents the fifth essence of simplicity to represent the origin of glass: sand and soda. From this primordial element, the experimentation moves forward to investigate how from the origin, the two poles spread apart or get close together. This metaphor propagated for five intense days at the North Land Creative studio and gave to birth to a series of elements that interact with each other in a sort of imaginary landscape. From sketches to real glass objects the path was straightforward. The synergy between the two artists creates a unique situation in which ideas never stopped arriving. The end results of this first phase of the project were a big collection of elements that will become part of the origin landscape. 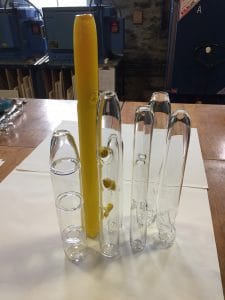 In addition, the project went into the Lybster Primary School following the original want to investigate the possible cultural impact of glass. For this reason a colour workshop was carried out in which the students learned how to use colour more effectively.

The second exploration of the project was carried out in Murano, leaving the dramatic landscape of Caithness, for the calm and peaceful atmosphere of the Venice lagoon. Origin means understanding the bases behind the tradition and the history of glass. In Murano this became quite obvious given the millenary glass culture. Watching the Murano glass masters at work was a mesmerizing adventure as if we were in the ancient times. Indeed, in Murano many things have not been changed since then and all traditional techniques are still alive. 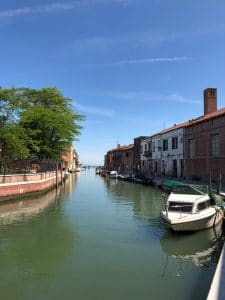 The other partner of the Origin Project is Abate Zanetti, a recognised high school with a specialisation in glassmaking situated on the island of Murano. Alberto did a workshop with the students on colour design, an important aspect in the creation of glass objects. This is particularly relevant in Murano since it is well known all around the world for it’s spectacular glass colours. Meanwhile, Emma attended a workshop with one of the last remaining Muranese glass masters that still knows all the ancient glass blowing techniques that are nowadays disappearing. This is the importance of the school that it tries to preserve these important traditions.

The third stage of the project will happen again in Caithness, where Emma and Alberto will get together to work on the last part of the project, that will produce, as a legacy, an art installation. It will tell by itself the whole story about the origin of glass, the collaboration of not only two artists but also two countries and cultures, and of this wonderful experience. 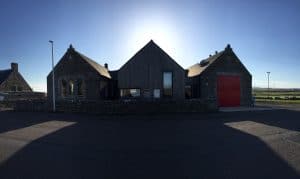 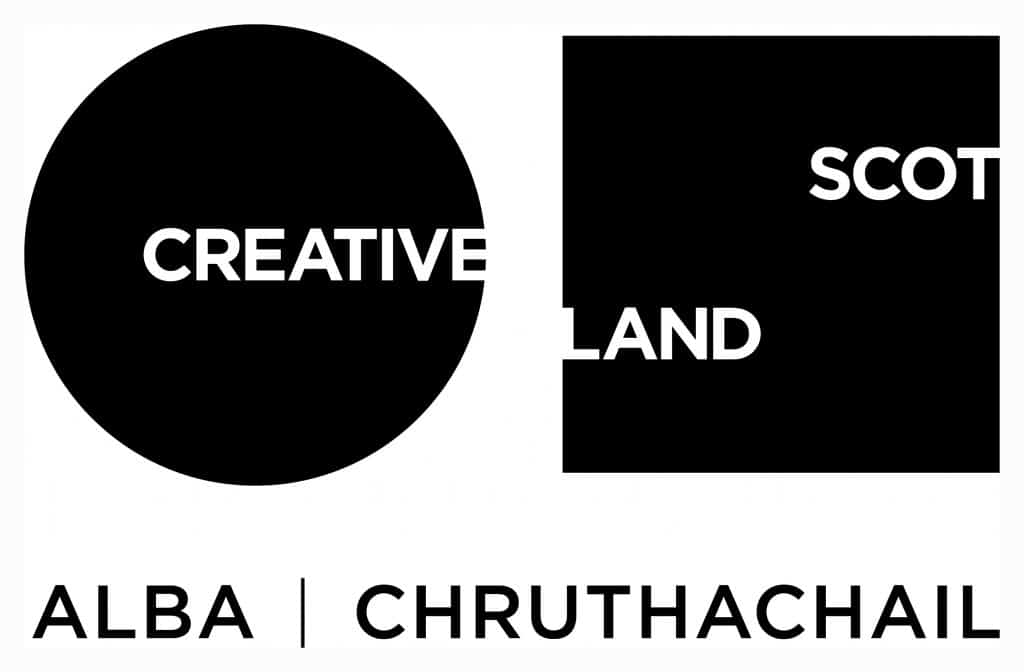